So a few days ago I was flipping through my blue smash book...
Backstory??: ok, so I own the blue and the pink smash books...
I bought the pink one a while back, and although I had started in the blue smash book, I just HAD to have the pink one....
However I decided that I wasn't going to start in the pink one until the blue one was finished!
Sooooo I'm now gonna work furiously to get it done :)

When I went to visit my family last month we had a campfire out in the woods behind my parents house.  It's a fun little setting, and as long as the smoke isn't blowing in your eyes it's fabulous!

My family has a sort of dry sense of humor, and my brother in law started telling a story...
Well when he was done one of us said "good story, good story"
It sort of became the motto of the remaining few days! 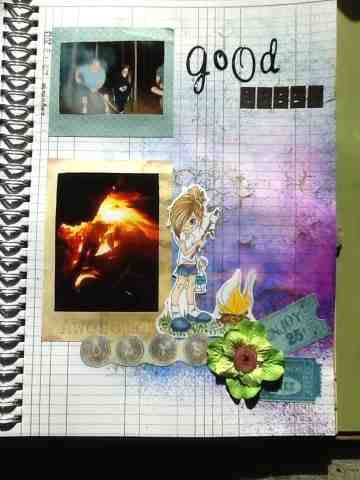 I know it's impossible to see in this pic, but under Good it says Story.
For the background, I spritzed with a couple of my dylusions inks,
and then stamped over them with my chicken coop stamp from Unity Stamps
Under the campfire pic I also stamped "AWESOME" which is another of my new Unity Stamps!
Finally, the ticket stubs are unity stamps as well!
Do you see a theme??  Me too!

Here's a close up of my little Saturated Canary image.
Isn't she darling??  Perfect for all those summer camping trips! 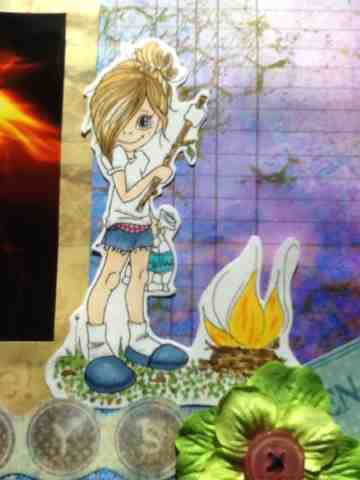 I'm going to do some journaling in that big open space under the title
I found the skecth at
and I'm using the colors from Designed to color's color challenge
and I found the sketch also under Unity's Monthly challenge site
Here's that sketch... 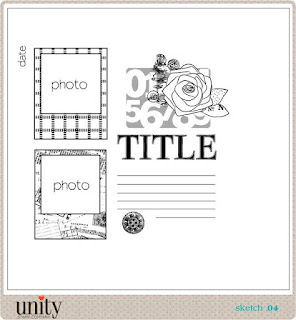 I flipped it a little bit, and of course I did it in my smash book.
but can you see it?? :)

Posted by Diana Fernandez at 4:18 PM

Thank you for all your comments! They are the cherry on top of my sundae!